Back to all blogs | Glazing Vision Europe | Inspiration

In this article you can read how a hinged access rooflight provides access to the beautiful roof terrace in the centre of Antwerp. It is a dream: living in a wonderful historic building in the heart of Antwerp, and at the same time enjoying the tranquillity and space in a garden roof. This project, called ‘Bolonia la Grassa’ is situated directly behind the Meir at the Lange Nieuwstraat. It is quietly concealed behind two stepped gables from the 16th century. The history of the building goes back much further than that, when in the 14th century Antwerp was an important trading town. The exotic name ‘Bolonia la Grassa’ was given to the building in 1568, after the city of Bologna with its culinary pleasures (la Grassa means ‘the greasy’). Until the 17th century it was occupied by Spanish and Italian nobility. Meanwhile it has been refurbished and now the prominent town house accommodates a number of apartments. 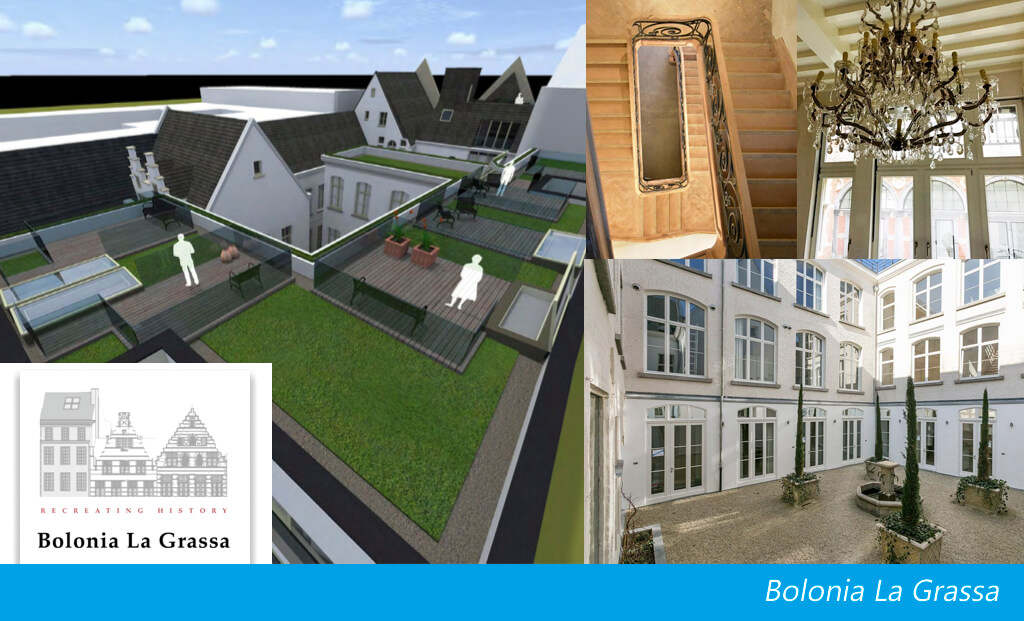 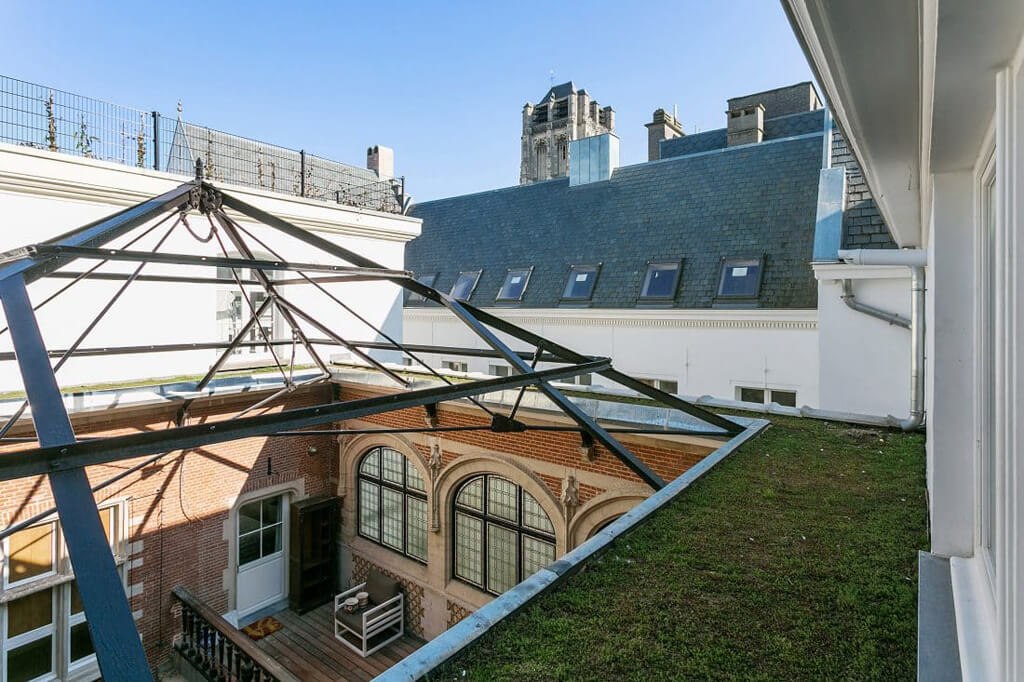 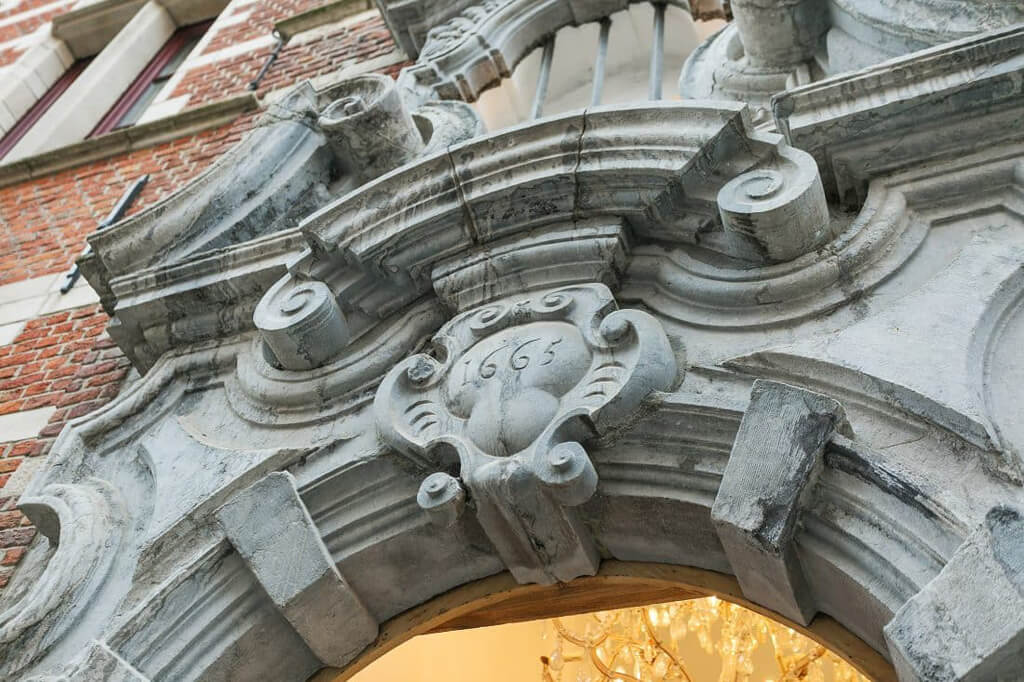 A number of apartments also have their own city garden: an oasis, while you are only a stone’s throw away from the hustle and bustle. Accessible by means of a hinged access rooflight, the Skydoor, that was tailor-made for each terrace. Due to the sleek lineation and the Sky Only View, the roof access hatch fits into the surroundings and contributes to the architectural stylistic elements. In addition, the roof access hatch also provides the inside with a lot of daylight and fresh air, which is a benefit to a healthy living environment. 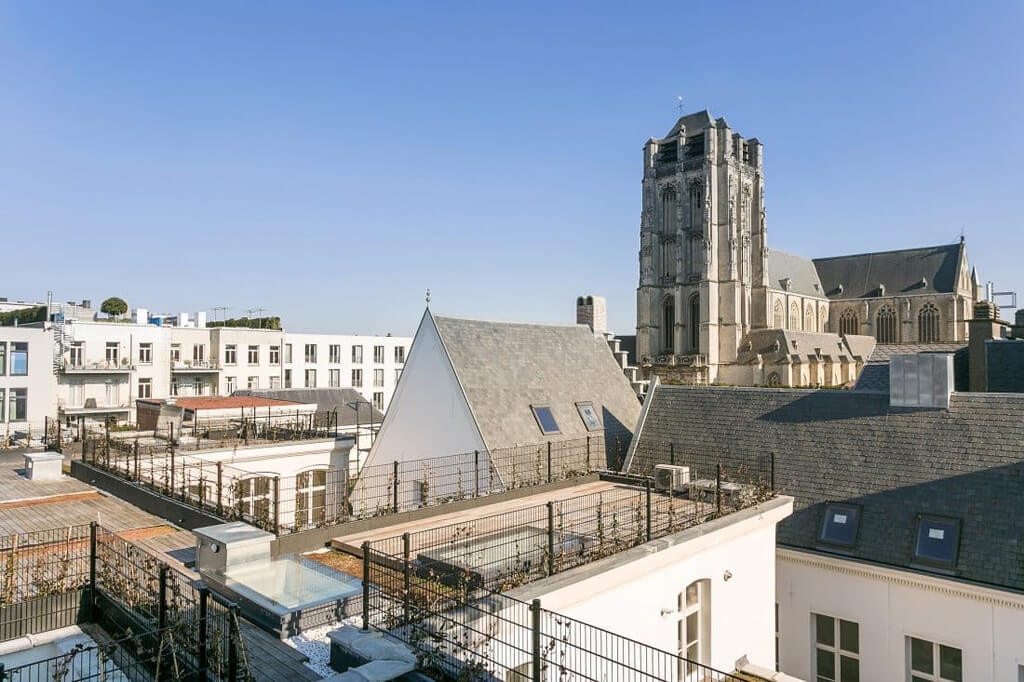 Enjoying the luxury and the historic atmosphere indoors. Having a soothing drink on the terrace in the evening sun. 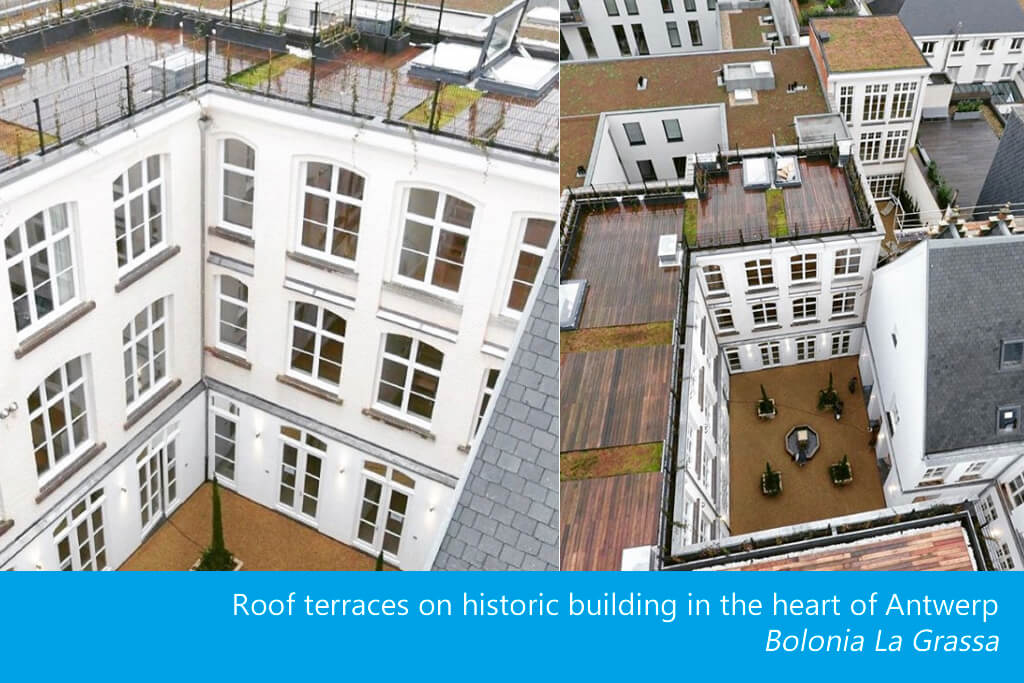 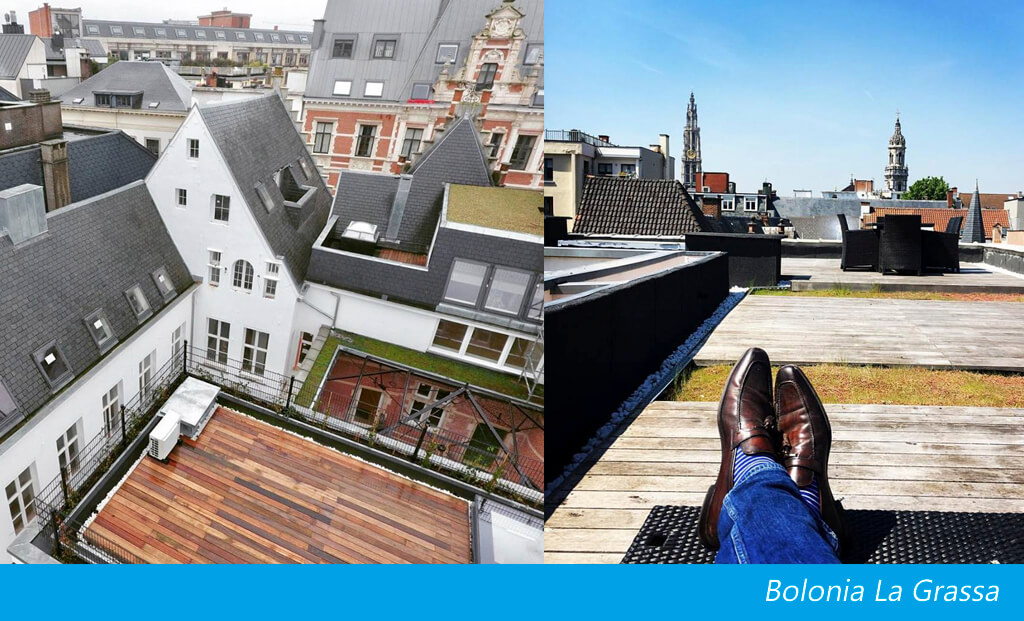 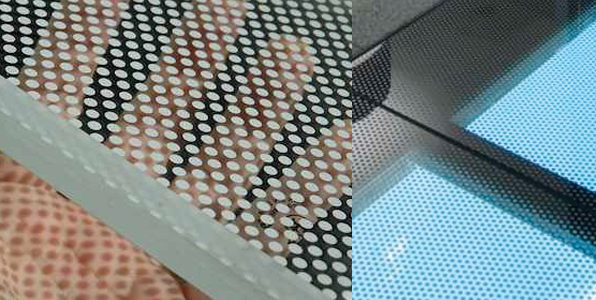 Untreated glass may become slippery, especially in wet conditions. On a particulier roof terrace that is not always necessary a problem, as it won’t be used much during bad weather. In public spaces this is different though. Fortunately there are different ways to ensure that glass will dry more... 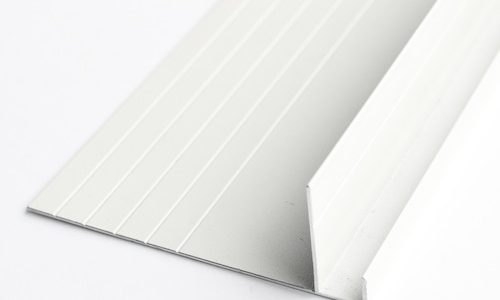 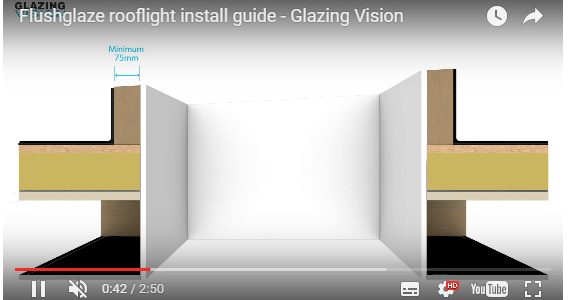 Install a flat dome light yourself, is that a complicated task? It is not as hard as it may seem. Please find below a step-by-step description of how a (walkon) rooflight can be placed in the roof. 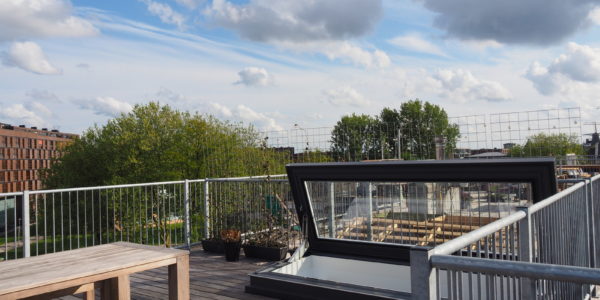 In this article we show you how a hinged access rooflight is applied in an old school. It brings light into the loft and makes the roof accessible. 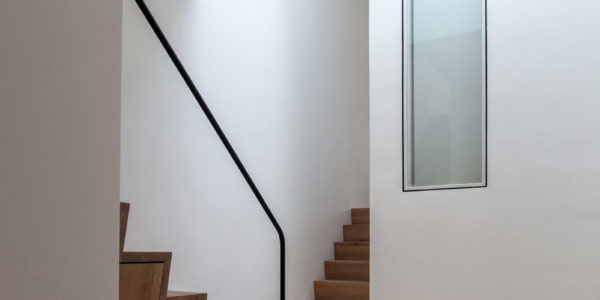 Tim de Graag wins Daylight Award with transformation of 3 metre wide national monument. The young architect Tim de Graag won the Daylight Award 2016 in the category below 1000 m2, with the project 20×3. A Glazing Vision rooflight helps you to return daylight into the narrow, long building.

What specifiers need to know about installing roof windows and rooflights 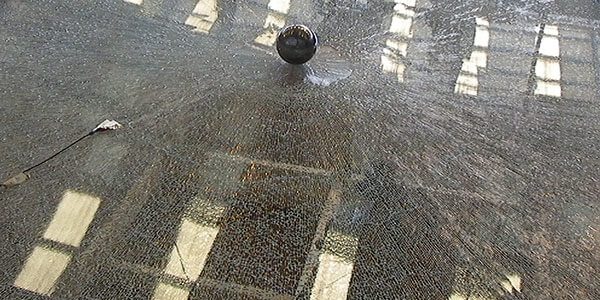 How does non-fragility affect glass rooflight specification (in the UK)? 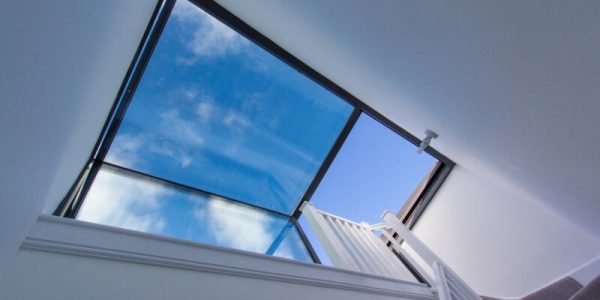 It’s easy to see why outdoor spaces are so highly desired among potential homebuyers. However, with space often at a premium, architects, designers and house builders are looking for creative ways to provide this luxury living space. This is where access box rooflights can provide an excellent solution. Outdoor... 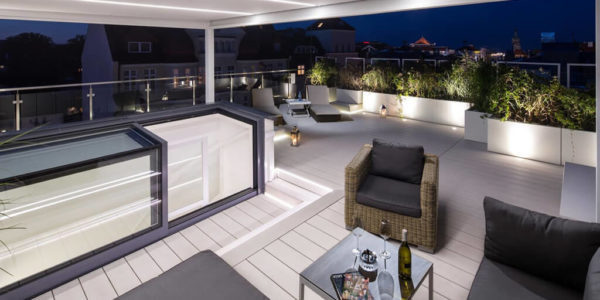 The roof terrace on this luxurious appartment in Sopot (Poland) can be stylishly accessed by use of a Sliding Box. 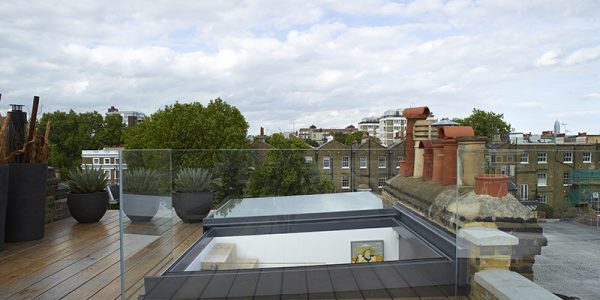 In this article we show you how a sliding rooflight is applied on the roof terrace of a Victorian family home in Chelsea, London. 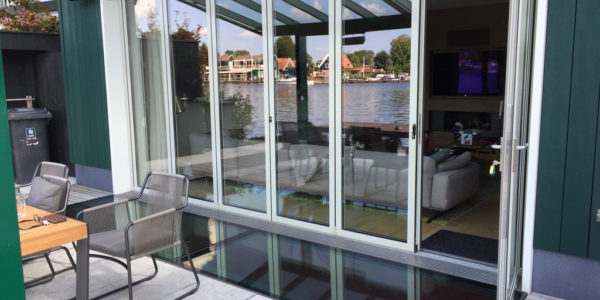 Walkon glass against a wall or facade

We are asked often about the best way to integrate walkon glass or a rooflight into the (roof) terrace or on the roof. 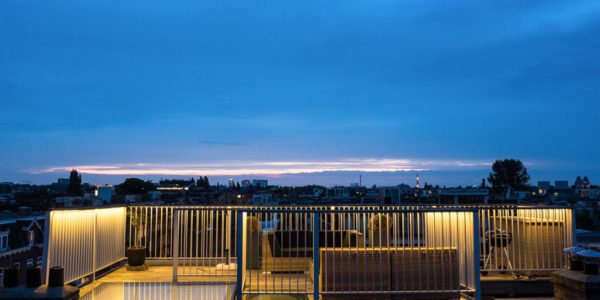 Inspiration: projects from across the world

Need inspiration? In this article we will take you to different wonderful projects of recent years. 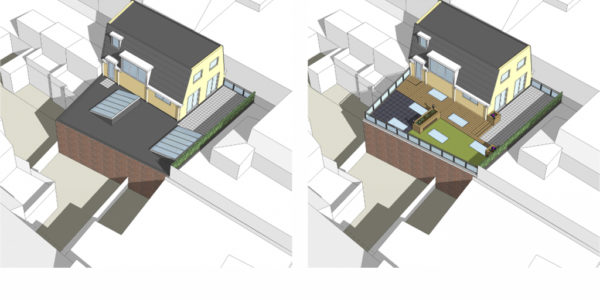 Transformation of a Dutch roof terrace with walk on rooflights

‘Walkon glass, that must be incredibly expensive?’ Well, to produce glass as walkon design, it must be strong. Extra thick and laminated. That is what makes walkon glass more expensive than glass of a rooflight. 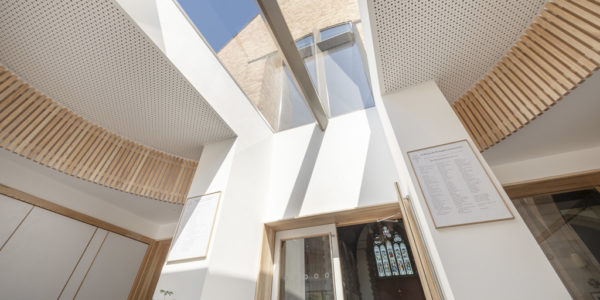 Adrian James Architects were appointed to create a new front extension of this church in north Oxford. The extension creates a new threshold for the church, encompassing a large multipart Flushglaze fixed rooflight from Glazing Vision. The frameless rooflight works to fill the entrance lobby with natural daylight and...

Architectural quality roof lights with a minimalist look. Architects like our products, because they are high-quality, well designed, well priced and easy to install. Popular products are now available at attractive prices in the web shop. 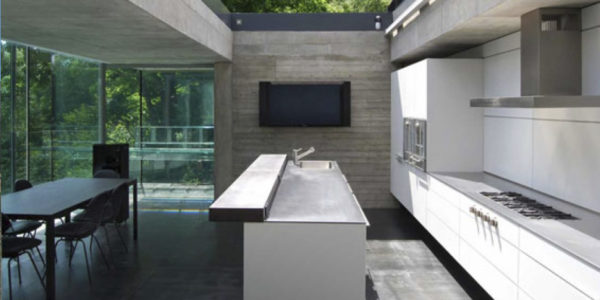 The Glass house: sliding roof for an open kitchen

The top floor kitchen of the Glass house features a Glazing Vision opening rooflight on a flat roof to ensure maximum daylight and ventilation, whilst adding to the minimalist nature of the building design. The site on Swains Lane is situated on the very edge of a historic Victorian... 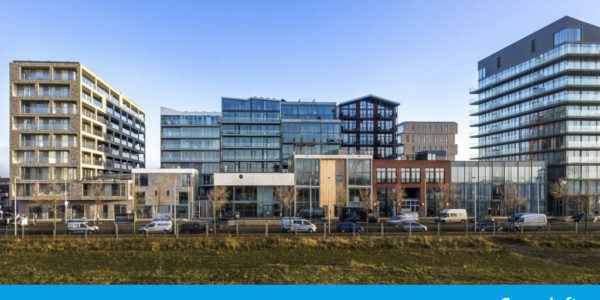 With the Sliding Box, Glazing Vision offers the most luxurious and comfortable access to your roof terrace. But what makes a Sliding Box different from a roof access hatch and what are the possibilities? In this article we list everything and provide a lot of inspiration by showing different... 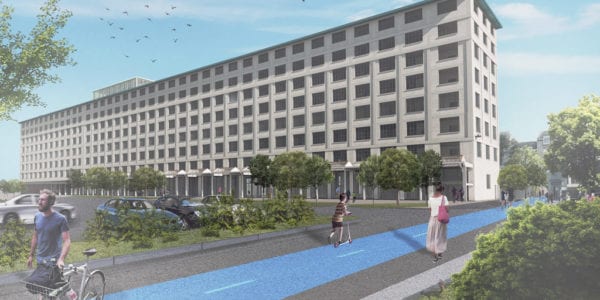 In this article you can read how the Freestanding Box is applied as an access to the roof terrace. 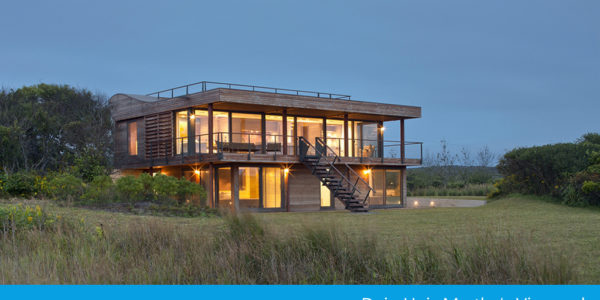 Duin Huis on Martha’s Vineyard, with a Sliding box as a roof terrace entrance

Hutker Architects designed the Duin Huis on the beautiful island of Martha’s Vineyard in Massachusetts. 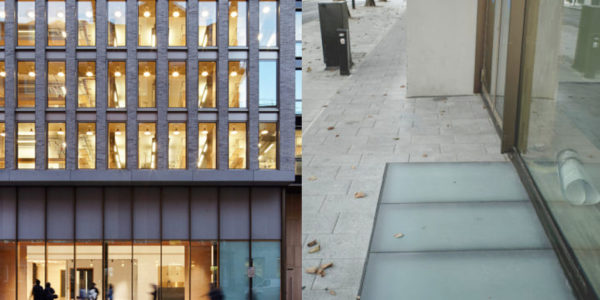 For architects in training, to design a building, that is a challenge. Redeveloping an old, dark building into an inspiring space, that is even more of a challenge. 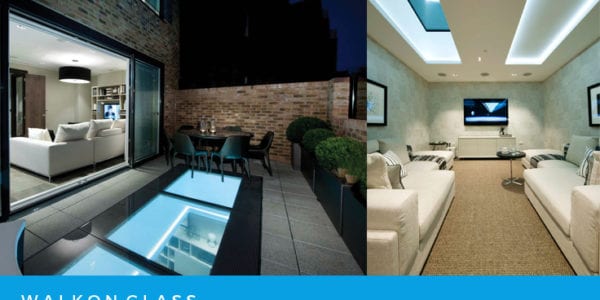 7 Ideas for inspiration: how to apply walkon glass?

Walkon glass, how to apply it? From different smaller panels a roof terrace, up to a ceiling made entirely out of glass.

How a rooflight brings abundant daylight into the kitchen extension

How can one see to it, by use of a rooflight, that a kitchen extension is a light and spacious expansion of the living space? 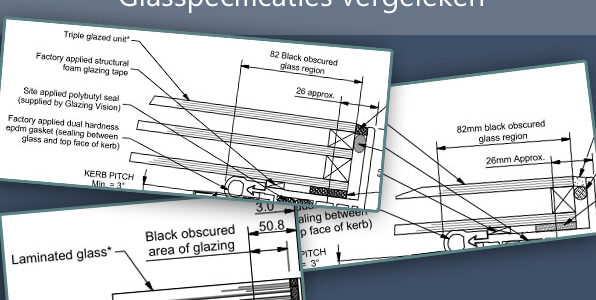 When buying a glass roof access hatch or rooflight, you want the highest glass quality.

Walkon glass is preferably applied as flush as possible with the floor. But how is that done, while also monitoring the water tightness? This article shows all do’s and don’ts. 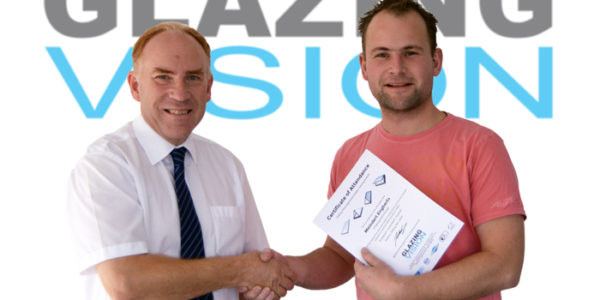 Installation: do it yourself or have it done?

Do you want to be sure of a quick and expert installation of your rooflight and extend the warranty to 10 years? Then make use of our certified installation team. But you can also choose to install the products yourself. Just to be clear, we created a summary below. 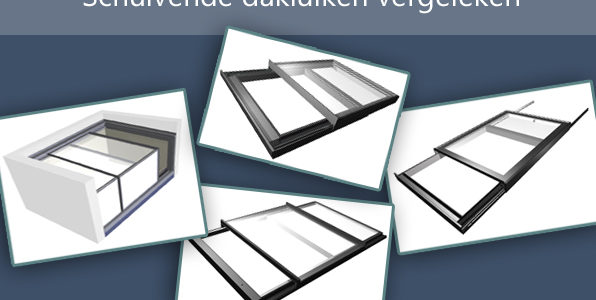 If you are facing the choice what roof access hatch best fits your wishes, there are two possibilities: hinged and sliding. 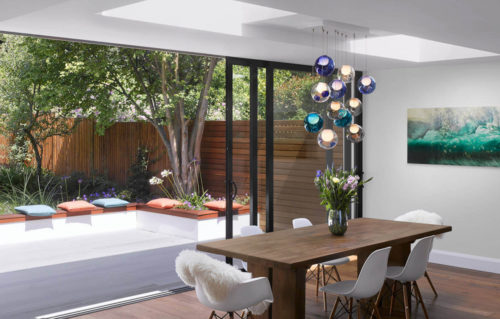 Stay updated and subscribe to our newsletter. It’s free.